As a special service "Fossies" has tried to format the requested source page into HTML format (assuming markdown format). Alternatively you can here view or download the uninterpreted source code file. A member file download can also be achieved by clicking within a package contents listing on the according byte size field.

A hint: This file contains one or more very long lines, so maybe it is better readable using the pure text view mode that shows the contents as wrapped lines within the browser window.

FX is a toolkit for pass writers to facilitate Python-to-Python transformation of nn.Module instances. This toolkit aims to support a subset of Python language semantics—rather than the whole Python language—to facilitate ease of implementation of transforms. Currently, this feature is under a Beta release and its API may change.

FX should be used by pass writers to provide functionality for capturing and constructing nn.Module code in a structured way. We do not expect end users to utilize FX directly. A useful property of framing FX in this way is that passes can be seen as functions of the form pass(in_mod : nn.Module) -> nn.Module. This means we can create composable pipelines of transformations. 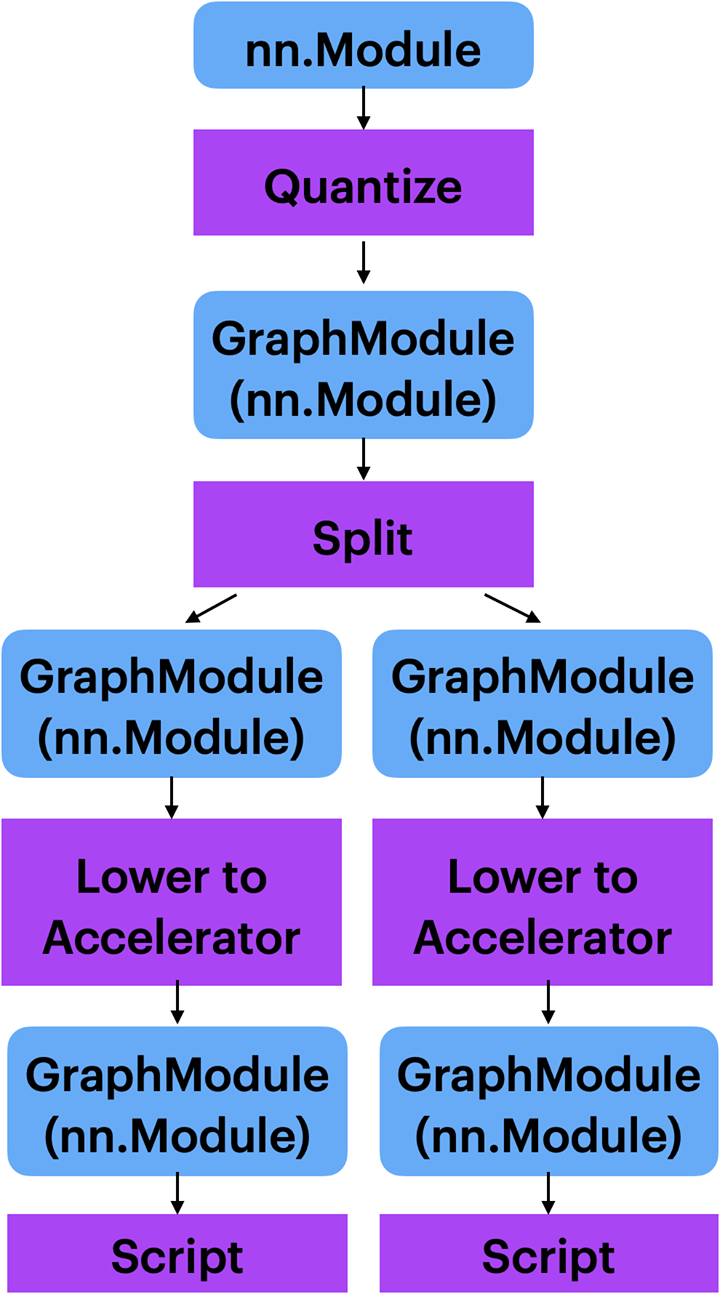 By using nn.Module as the interface between passes, FX transforms are interoperable with each other, and the resulting model can be used anywhere an nn.Module can be used.

The following sections will walk us through the components that transform from original torch.nn.Module to FX IR and finally to generated Python code and a GraphModule instance:

FX’s front-end makes use of the dynamic nature of Python to intercept call-sites for various entities (PyTorch operators, Module invocations, and Tensor method invocations). This functionality is exposed through an API called torch.fx.symbolic_trace. We can see how this works by way of an example:

Here, we set up a simple Module that exercises different language features: fetching a parameter, applying an arithmetic operator, applying a submodule (linear), and applying a Tensor method. symbolic_trace returns an instance of GraphModule, which is in itself a subclass of nn.Module. We can see that the symbolic_traced instance runs and returns the same result as the original module instance module.

Tracer is the class that implements the symbolic tracing functionality of torch.fx.symbolic_trace. A call to symbolic_trace(m) is equivalent to Tracer().trace(m). Tracer can be subclassed to override various behaviors of the tracing process. The different behaviors that can be overridden are described in the docstrings of the methods on the class.

In the default implementation of Tracer().trace, the tracer first creates Proxy objects for all arguments in the forward function. (This happens in the call to create_args_for_root.) Next, the forward function is called with the new Proxy arguments. As the Proxies flow through the program, they record all the operations (torch function calls, method calls, and operators) that they touch into the growing FX Graph as Nodes.

During the call to symbolic_trace, the parameter x is transformed into a Proxy object and the corresponding Node (a Node with op = “placeholder” and target = “x”) is added to the Graph. Then, the Module is run with Proxies as inputs, and recording happens via the __torch_function__ dispatch path.

If you're doing graph transforms, you can wrap your own Proxy method around a raw Node so that you can use the overloaded operators to add additional things to a Graph.

Symbolic tracing captures an intermediate representation (IR), which is represented as a doubly-linked list of Nodes.

Node is the data structure that represents individual operations within a Graph. For the most part, Nodes represent callsites to various entities, such as operators, methods, and Modules (some exceptions include Nodes that specify function inputs and outputs). Each Node has a function specified by its op property. The Node semantics for each value of op are as follows:

To facilitate easier analysis of data dependencies, Nodes have read-only properties input_nodes and users, which specify which Nodes in the Graph are used by this Node and which Nodes use this Node, respectively. Although Nodes are represented as a doubly-linked list, the use-def relationships form an acyclic graph and can be traversed as such.

An invocation of symbolic_traced above requires a valid forward() method to be defined on the Module instance. How does this work? GraphModule actually generates valid Python source code based on the IR it is instantiated with. This can be seen by accessing the code attribute on the GraphModule: print(symbolic_traced.code).

After symbolic tracing, the code given under Technical Details is represented as follows:

This is the core of why FX is a Python-to-Python translation toolkit. Outside users can treat the results of FX transformations as they would any other nn.Module instance.